The variety of Chromebooks has grown over the past few years, with these laptops evolving from fringe devices to mainstream equipment. There is one thing that has not changed too much: the size. With the exception of an occasional 15-inch Chromebook, manufacturers have stuck with displays that are 14-inches or smaller. It wasn’t until last year that the first 17.3-inch model, Chromebook 317, was released.Acer10 years after the arrival of the first Chromebook.

The 317 is essentially an all-in-one portable Chrome OS desktop. With this XL screen, multitasking is a breeze. You can stream a YouTube video in a corner while working on a presentation and keeping an eye on your email or chat, all without overlapping windows. The downside, compared to all the smaller Chromebooks, is obviously the bulk and weight. This model is therefore not a good option if mobility is a priority. But it’s certainly mobile enough to move around the house. And with over 10 hours of battery life, you can work all day and still have time to video chat, game or stream a movie. At €549, the Chromebook 317 is cut out for basic productivity, but with a large 17.3-inch Full-HD screen. 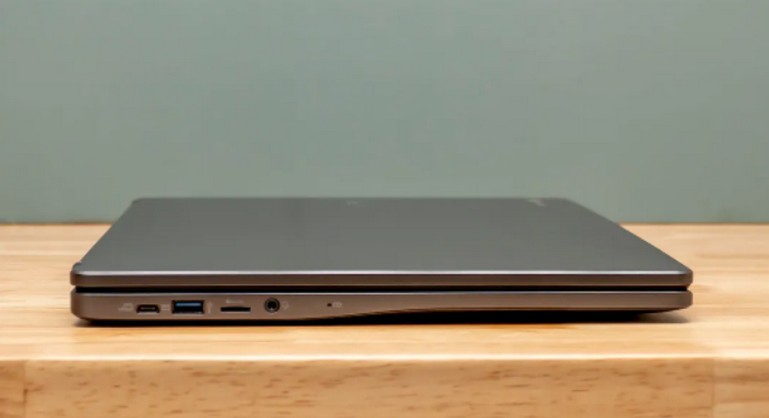 Performance is still a notch or two below that of an Intel Core i-series processor or an equivalent AMD Ryzen chip. So if you need better performance, better consider other options. Also, if you plan to download a lot of apps or keep your files, photos, and videos on the Chromebook, its 64GB of eMMC flash storage will fill up quickly (and that’s slower than a hard drive). A microSD card slot helps expand storage, and there’s always the cloud option.

The low-end storage and processor keep this Acer Chromebook from aiming for the high end, but honestly, it should satisfy most needs for a general-purpose family machine. The large screen makes school work especially easier compared to smaller models. And, while color accuracy and screen brightness are just fine, they don’t inhibit movie watching and gaming on this screen. The presence of Wi-Fi 6 (802.11ax) is also useful, especially for subscribers to a game streaming service like
Google Stadia,
Nvidia GeForce NowAmazon Luna or
Xbox Game Pass Ultimate. 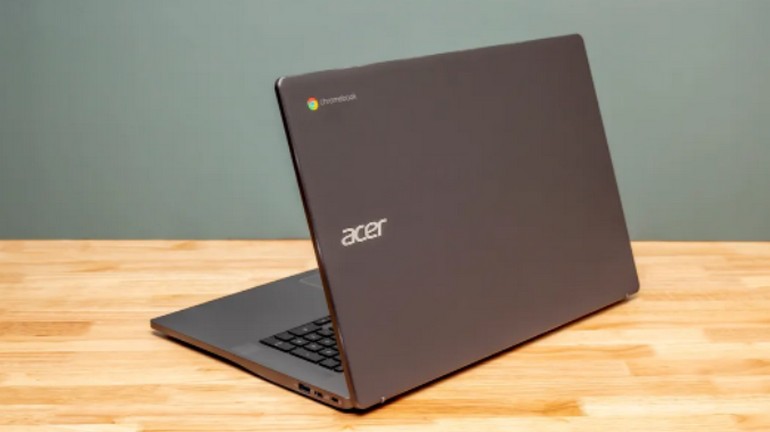 Obviously, its size and weight make it more suitable for sedentary use at home or in the office. But, unlike many 17-inch Windows laptops at this price point we’ve tested in the past, battery life is very good. Acer rates it at 10 hours, but we pushed it to 11 hours and 58 minutes in our video streaming test.

We regret the absence of an HDMI output which would facilitate connection to an external monitor. But then again, with two USB-C ports (one on each side), one can still use a hub to handle all of one’s needs when one actually wants to use it more like a desktop than a laptop.