Acer took advantage of its conference next@acer to strengthen its consumer range with the new Swift and Spin, premium ultraportables:

The new version of the Swift 3 features a 2880 x 1800 pixel OLED display (DisplayHDR True Black 500 certified), a 12th Gen H-series Core i7 processor (the most powerful version), a LPDDR5 memory and a PCIe 4 SSD. It also has Wi-Fi 6e, an FHD camera and a fast charging system allowing you to recover 4 hours of battery life in 30 minutes. 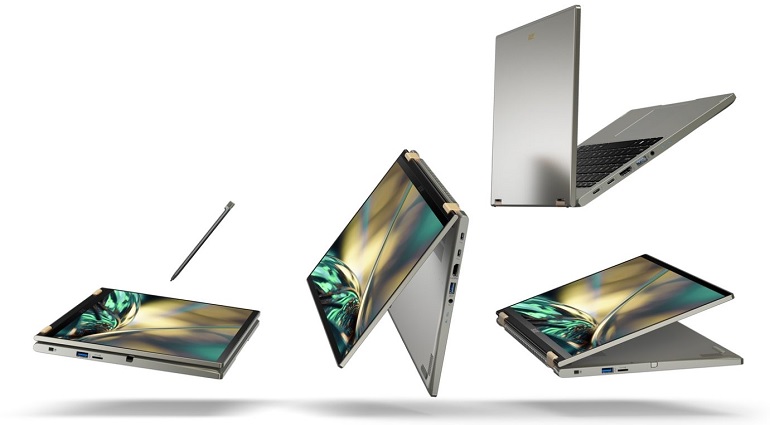 The Acer Spin 5 convertible laptop is capable of adopting different positions. Along with a slight screen redesign that features thinner bezels, the 14-inch Spin 5’s screen gets a resolution boost to 2,560 x 1,600 pixels. It also works with the Acer Active Stylus (Wacom AES 2.0) and features the latest generation of Intel processors, LPDDR5 memory, PCIe SSD 4 and Wi-Fi 6E.

The Spin 3’s design is similar with bezels that have also gotten a bit narrower and it now uses 12th Gen Intel processors. Its screen is content with a Full HD definition, there is a 360 ° hinge and a good amount of RAM, up to 16 GB.

Acer has also confirmed the arrival of the Vero 2022, an eco-responsible ultraportable designed from recycled plastic. It is available in 14 and 15 inches with Full HD panels. 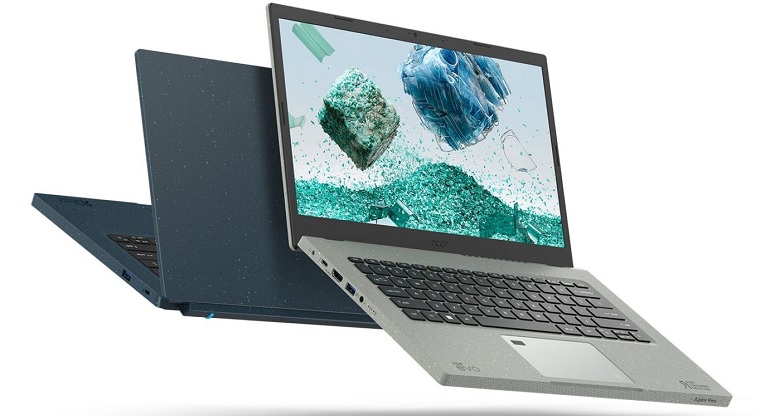