Apple created a surprise on the evening of March 8 during a keynote presentation of several products. While considering an evolution of the mac mini it is finally a Mac Studio which was presented. They have the form in common, but Apple has bet on power by equipping it with two chips to choose from, including the new M1 Ultra processor. Another newcomer, a 27-inch screen called Studio Display.

A Mac Studio for creative tasks

The Mac Studio is a compact computer, smaller than a Mac Pro, but more powerful than a Mac Mini. The Studio Display, on the other hand, is the screen that comes with it, but both are sold separately. As its name suggests, the Mac Studio is designed for creative professionals who work in the studio, offering them an ideal blend of performance, connectivity and modularity. 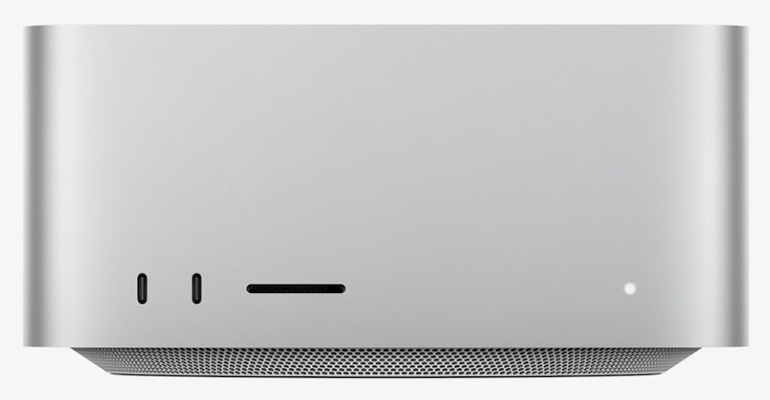 The size of the device is ideal for small spaces: a pad of less than 20 centimeters on a side and only 9.5 centimeters high. Connectivity-wise, it offers four Thunderbolt ports, a 10GB Ethernet port, two USB ports, HDMI, and a pro audio jack. Additionally, there are two USB C ports, another Thunderbolt port, and an SD card slot on the front. 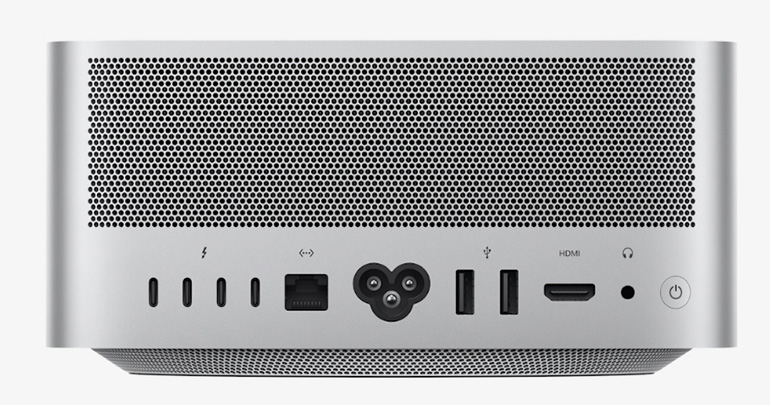 Inside we find Apple’s M1 Max or M1 Ultra chips with 64 GB and 128 GB of memory respectively. According to the performance announced by Apple, the Mac Studio equipped with M1 Max is 2.5 times faster than the 27-inch Mac and 50% faster than the Mac Pro. Figures that increase further when switching to the M1 Ultra version. 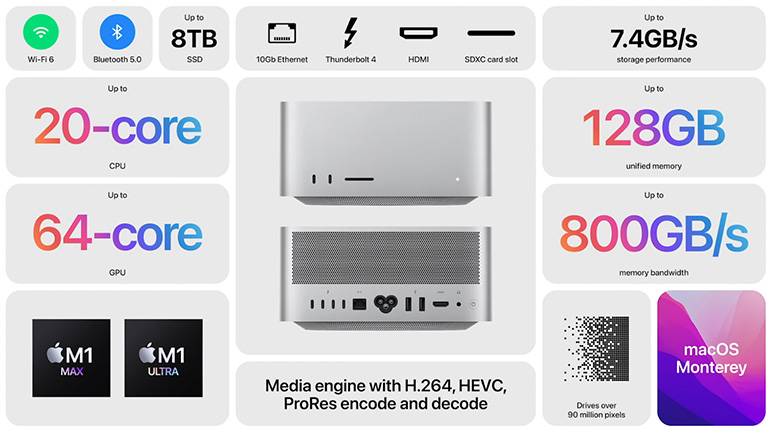 The Studio Display features a 27-inch Retina 5K display with a resolution of 5120×2880 pixels, a 12MP wide-angle camera, and a six-speaker audio system with spatial audio support. On the back there is a Thunderbolt 3 port and three USB-C ports. 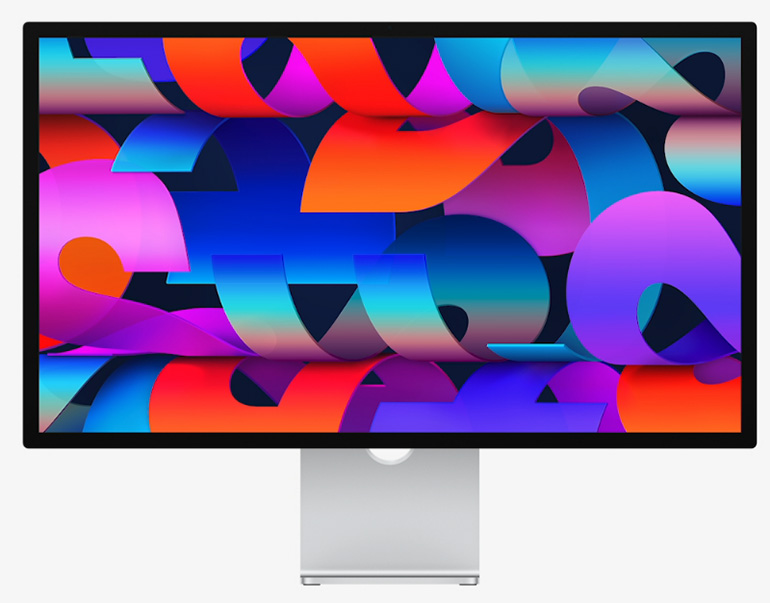 A version exists with adjustable inclination while another type of support also allows the height and inclination to be adjusted thanks to a hinge system with two axes. It can also be hung on a stand via a VESA mounting kit. It is not exclusively for the new Mac Studio and can be used with many other devices. 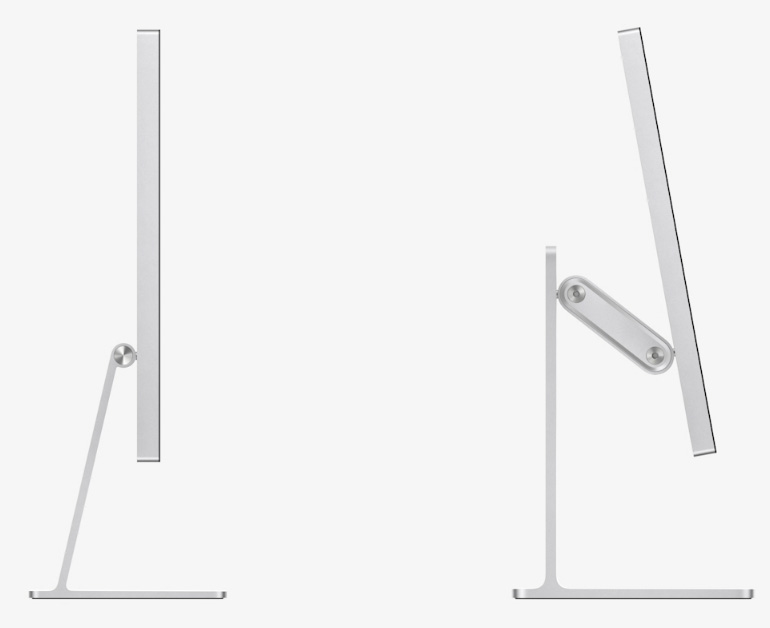 The Mac Studio is offered from 2299 euros and will be delivered from March 18, the most expensive version equipped with the M1 Ultra processor is displayed at 4599 euros. The Studio Display screen is offered from 1749 euros. Orders are open today on the Apple site.