On the occasion of the event organized today, Huawei presented various novelties such as the FreeBuds Pro 2. The manufacturer also announced two new laptops, one geared towards productivity and mobility, the other focused on performance.

Designed to be a companion in the era of the hybrid office, the MateBook D16 takes up the features of the MateBook range in terms of design. This update nevertheless benefits from a new 16-inch Full View screen in 16:10 format (against 16:9 for previous versions).

With an occupancy rate of 90%, this new screen benefits from TÜV Rheinland Low Blue Light certification. In concrete terms, it faithfully reproduces the colors in limiting the emission of blue light in order to avoid eye fatigue in case of prolonged use.

Huawei also emphasizes productivity with this device which benefits from a better Wi-Fi connection (Huawei Metaline Antenna technology), the integration of an artificial intelligence for videoconferences (automatic cropping of the interlocutor, adjustment of the user’s line of vision for a more natural conversation, virtual background, etc.), but also a better multi-device experience.

Indeed, the MateBook D16 offers simplified pairing with other devices, especially with smartphones and tablets. Thanks to that,
the devices now form a single workspace to share documents, take advantage of an extra display or transform a touchscreen device into a drawing pad.

The MateBook D16 is already available in two versions: 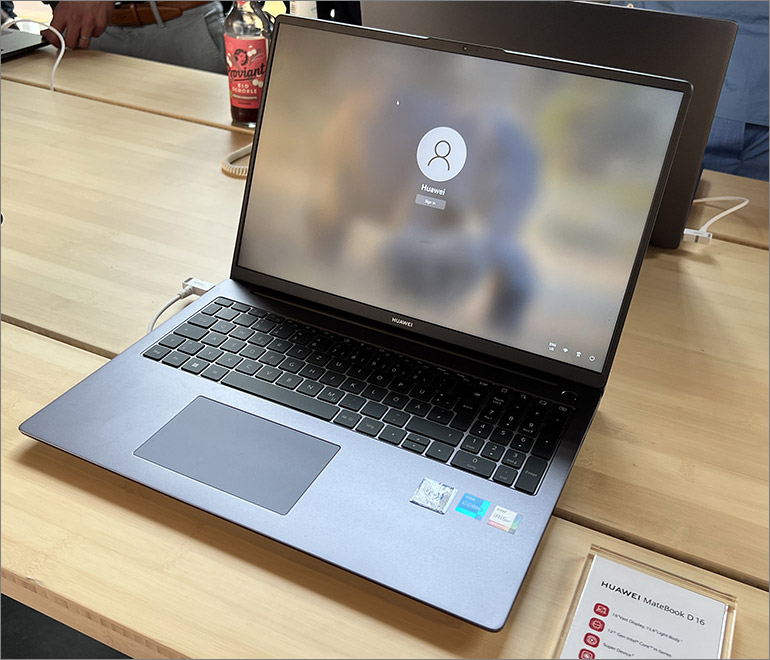 In order to satisfy the most demanding users, Huawei also offers the new MateBook 16s. Taking up all the elements mentioned for the MateBook D16, this compact computer (17.8 mm thick for 1.99 kg) emphasizes the performance.

The basic version offers a twelfth-generation i7 processor, coupled with 16 GB of RAM and 1 TB of storage. However, it is possible to opt for an even more efficient version equipped with the i9-12900Ha 14-core processor (20 threads) clocked at up to 5 GHz (in Turbo mode).

The processor is associated with a chip Intel Iris XE Graphics to meet the needs of more demanding applications such as image processing or video games.

Available for pre-order, the MateBook 16 s will officially be launched on July 12, 2022 in two versions: 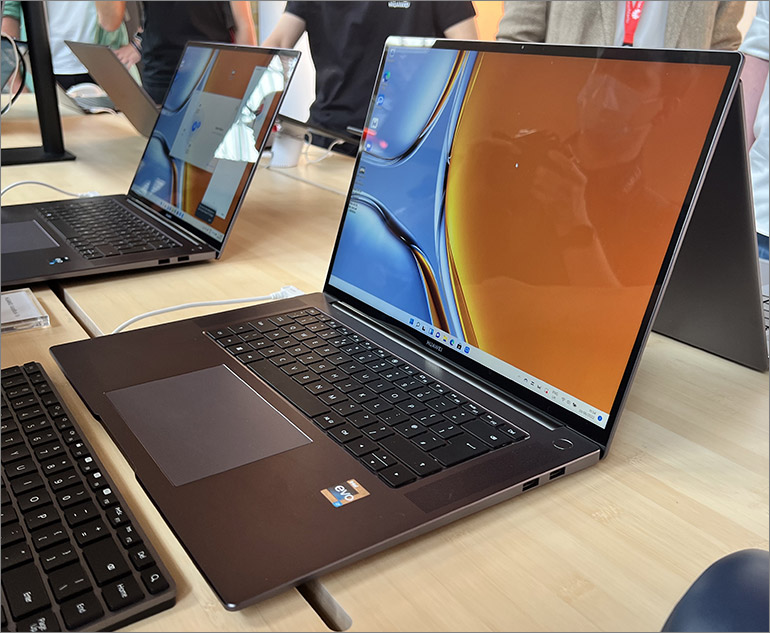 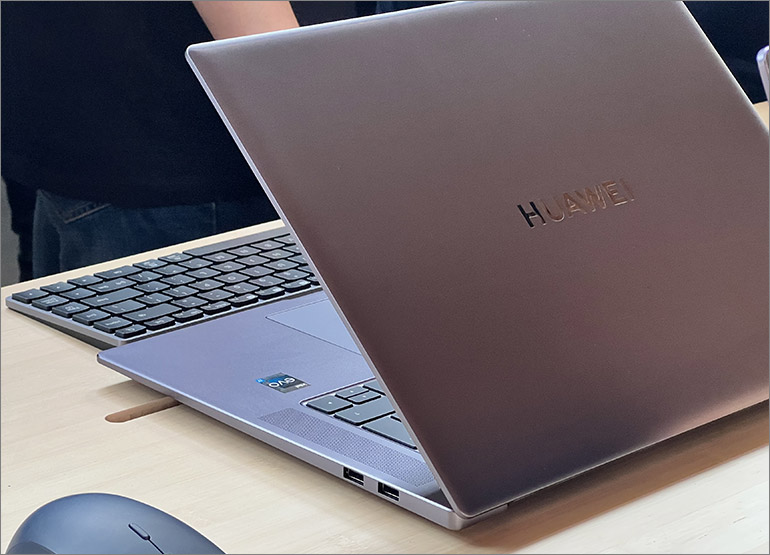