Lenovo announced a slew of new business laptops at Mobile World Congress, but two of the most interesting happen to be the smaller ones: the ThinkBook 13s Gen 4 i and the ThinkPad X13s Gen 1.

The all-new ThinkPad X13s Gen 1 is the first true Windows business laptop running Snapdragon, Lenovo said. This 13.3-inch 16:10 aspect ratio laptop had been in development for four years with Qualcomm and Microsoft. It is powered by a Snapdragon 8cx Gen 3 CPU, which the manufacturer claims has an 85% performance improvement in the processor and 57% in the graphics section compared to the latest generation chips.

Previous laptops we’ve tested with Snapdragon chips like this were still extremely thin and light and offered excellent battery life, but processing performance was disappointing when compared to Intel or AMD processors. If the advertised performance is confirmed, this would make it an incredible ultraportable for working in a mobile situation.

The ThinkPad X13s should also offer excellent battery life, up to 28 hours. And because it functions more like a phone than a typical laptop, it’s designed fanless with a 13mm thin body made from 90% recycled magnesium and weighs less than 1.1 kilograms. It has other great options like a 5-megapixel webcam, infrared camera for face recognition and Wi-Fi 6E, and it will support 5G mmWave or sub6 as well as 4G LTE.

The ThinkBook 13s Gen 4 i is Lenovo’s thinnest ThinkBook to date, at 14.9 millimeters and weighing 1.3 kg. It is aimed at the small and medium business market. The 13s features a rugged metal shell that meets Mil-Spec standards. So even though it’s aimed at SMEs, it could be suitable for students or anyone who wants a small, robust and very light computer.

The laptop can be configured with a 12th Gen Intel Core i7, 32GB of memory, and up to 1TB of SSD for storage. You can also get it with Wi-Fi 6E and a full-HD webcam with a privacy shutter. Like the rest of Lenovo’s business laptops, the ThinkBook 13s has moved to a 16:10 aspect ratio display, and it’s a 13.3-inch screen with a resolution of 2560×1600 pixels. 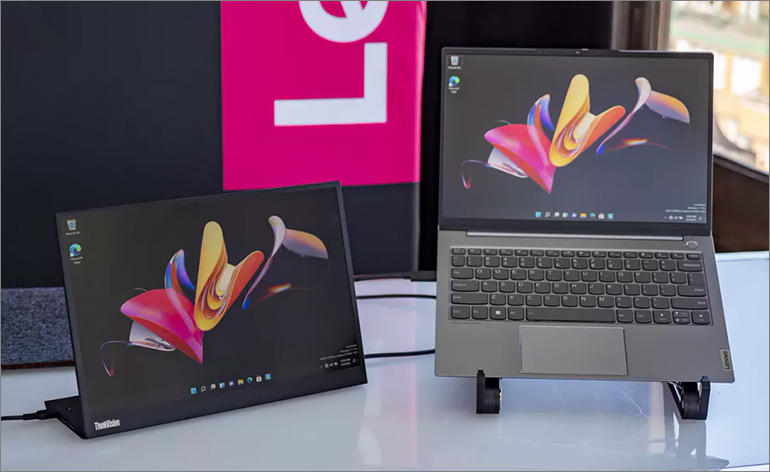 The last version of this laptop that Lenovo released came with an AMD platform, so its USB-C ports weren’t Thunderbolt compatible. But, since this one is Intel, its USB-C ports are Thunderbolt 4. It has an HDMI output and is perfectly designed to quickly connect it to a power supply, an external display or peripherals with a single cable.

Lenovo also announced the new ThinkVision M14d, a portable 2.2K 14-inch 16:10 USB-C display, which would be a great companion for the ThinkBook 13s Gen 4 i (or the X13s for that matter). The screen is tiltable and height adjustable, and it weighs only 600 grams. Combined with the 13s Gen 4 i, the total weight of the display package would be just over 1.8 kg. 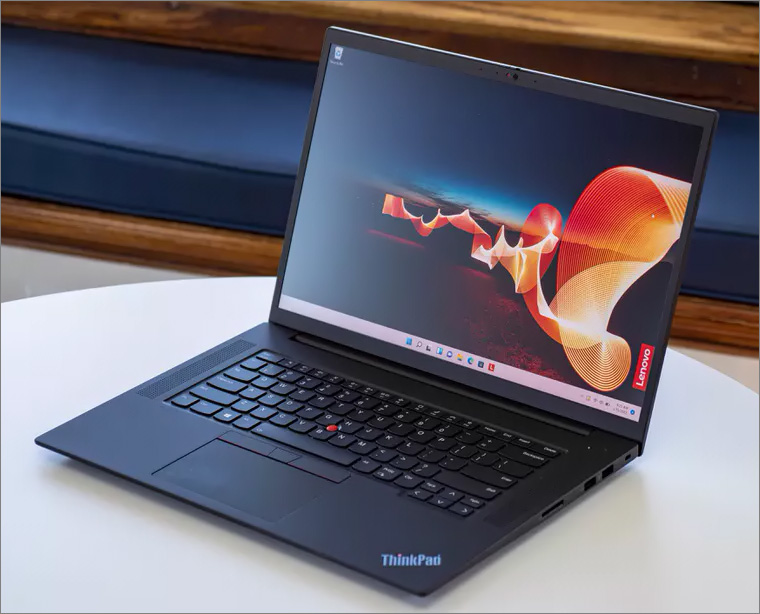 Lenovo also announced several other updated models in its ThinkPad lineup, including 14- and 16-inch P-series workstations, 14- and 16-inch models of its T-series ThinkPads – its laptop line most popular professional – and the ThinkPad X1 Extreme Gen 5.