The new Surface Laptop Go 2, announced by Microsoft on Wednesday, hasn’t changed too much from the original that debuted in 2020. It’s still an attractive, budget-friendly, small, thin and light laptop built around a 12.4-inch 3:2 aspect ratio touchscreen display and 1536×1024 pixel resolution.

Inside, Microsoft has updated the processor with an 11th Gen Intel Core i5-1135G7 which, while not the latest, should deliver decent performance for studies or basic work. . The consumer version can be configured with 4 or 8 GB of memory (which cannot be increased later). SSD storage options are 128 or 256 GB while the entry-level 2020 model featured a 64 GB SSD. 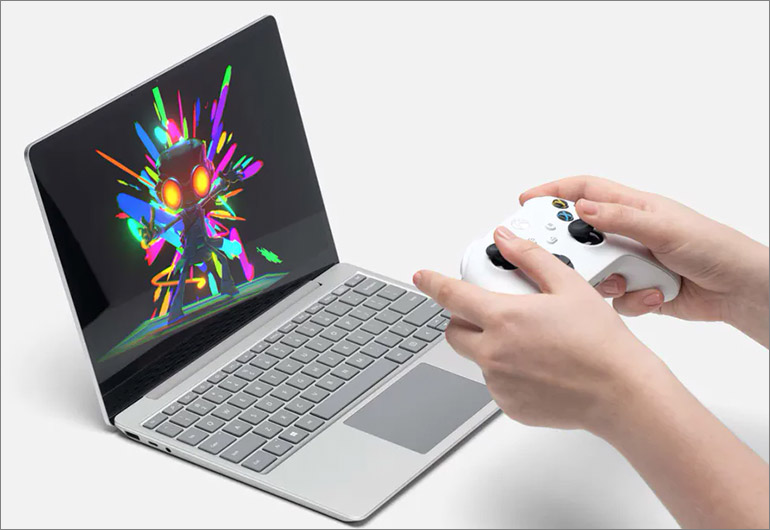 The Go 2 won’t have the components for high-end gaming, but cloud gaming with Xbox Game Pass will work.

The basic model is offered from 669 euros by Microsoft with a Core i5 processor, 4 GB of RAM and a 128 GB SSD. Increasing the RAM to 8 GB will cost 100 euros more. As in 2020, the new base model does not integrate a fingerprint reader into the power button. And, although Microsoft said it has improved the webcam, it’s still 720p instead of the 1080p cameras found in many new ultraportables.

Additionally, while it’s not unusual for a budget laptop to have a few parts that can be upgraded or replaced, Microsoft has made most items user replaceable, including the screen, keyboard and trackpad, SSD storage, and battery can be replaced by Microsoft or a repairer. One of the few things that cannot be replaced is RAM.

The most complete version will be the one offering 8 GB of RAM and 256 GB of storage. The machines will be available from June 7 in France in four different colors.